Torah Meditation Day 8: Fishing is not an easy task 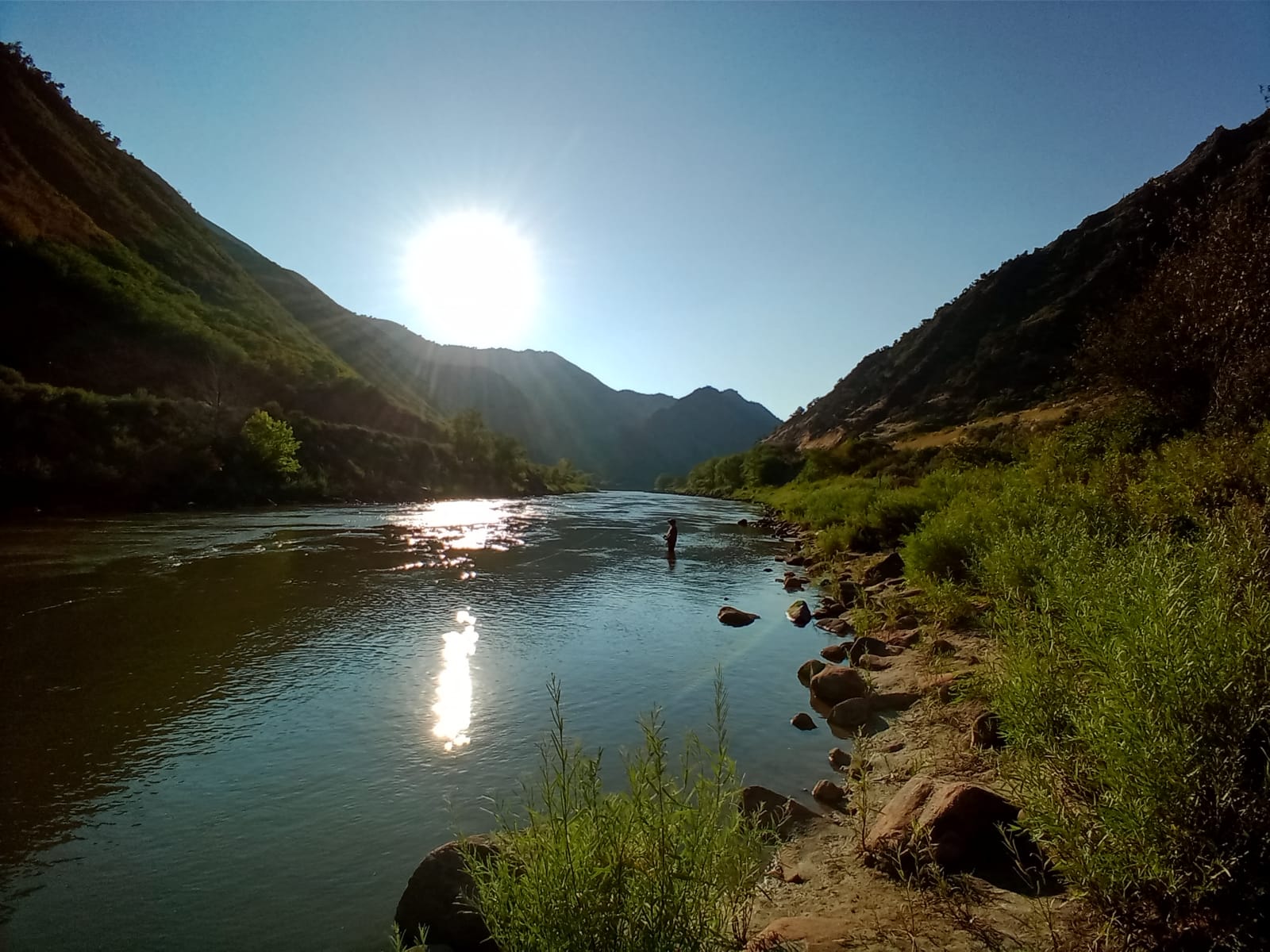 Fishing is not an easy task

Looking at my husband fishing today reminds me of Yeshua, while teaching his talmidim (disciples) how to fish Hashem’s way, in a totally new way that does not come from our wisdom, but from Him.

While my husband was giving up and he was ready to go to Walmart to exchange the fishing pole because the line was tangled, I encouraged him saying that we could have repaired the fishing line as it was made well, it was actually a very good quality fishing line.

Then, I slowly took out the knots from it and as I started doing it, I realized Hashem was leading my hands and He wanted to show me something from my past that could have helped both of us not to give up on fishing, but rather to understand that everything comes from Him, as well as the fishing process. I kept fixing the fishing line with no worries about being unable or unprepared but unconsciously unveiling Hashem’s wisdom until the fishing line was perfectly restored and my husband could fish again.

In the Brit Chadasha (New Covenant), Yeshua HaMashiach Jesus the Messiah) said: “Yochanan (John) 21:1-6 (CJB) “Throw in your net to starboard and you will catch some.” (verse 6)

21 After this, Yeshua appeared again to the talmidim at Lake Tiberias. Here is how it happened: 2 Shim‘on Kefa and T’oma (his name means “twin”) were together with Natan’el from Kanah in the Galil, the sons of Zavdai, and two other talmidim. 3 Shim‘on Kefa said, “I’m going fishing.” They said to him, “We’re coming with you.” They went and got into the boat, but that night they didn’t catch anything. 4 However, just as day was breaking, Yeshua stood on shore, but the talmidim didn’t know it was he. 5 He said to them, “You don’t have any fish, do you?” “No,” they answered him. 6 He said to them, “Throw in your net to starboard and you will catch some.” So they threw in their net, and there were so many fish in it that they couldn’t haul it aboard.

Threw in the net means that, just as the talmidim, we are already in our boat, that is our call, our circumstance, our position, the situation we are living in the present moment. Thanks to our throwing in the net, the talmidim experienced HaShem’s intervention in their lives, seeing that “there were so many fish in it that they couldn’t haul it aboard.” The net was almost broken by the weight of the fish they suddenly found in the net.

The net or fishing line in our case represents the tools, the strategy, the gift Hashem has given us and the quality He has made it and chosen is good. It is up to us to accept that we are in need of restoration from the nods in our lives, which might be miscommunication, misunderstanding, healing from the past, deliverance from sins. When we are open to HaShem’s work in our hearts, souls and minds. He starts using us to unveil His wisdom, to reveal His Glory, through the opening of the knots on our fishing line/net.

Then, when the fishing line is finally free from knots, we are able to go back and fish again and hear from Him, and receive new revelation, new anointing, new power in the Ruach Hakodesh and move forward.

Fishing in a river like we have done today is very different from fishing in the sea, and I was not prepared for this as I was in the sea, but Hashem spoke to me through this little difficulty to show me that His promises, as well as His fishing line, are always good. His weight (His Torah) goes always deep in the water (soul) so that His wisdom will avoid future knots, and His strategies are always working well.

What shall we do then?

We need to place His weight (Torah) at the beginning of the fishing line. He has to be our first thought, our first priority. Matthew 6:33 But seek first his Kingdom and his righteousness, and all these things will be given to you as well.

He then will be able to lead our fishing line/net toward the direction and position us as He wishes us to reach the fullness of our potentials for His Glory to be revealed.

Yeshua said: “Throw in your net (fishing line) to starboard and you will catch some.” Many Bible versions translate these verses as “throw on the other side” of the boat instead of “throw in”, where throw in and throw on the other side both refer to the side we have not used, the depth we have not touched, the one that makes us uncomfortable, the unknown, the improbable, the one we are not familiar with.

As we are going to throw in our net (or on the other side) using this side or throwing in the net/fishing line, we will see multiplication. We have to choose Hashem’s side when serving Him. His side or the depth He wants to show us is “our portion”, it is not an easy side to look at, it is a side of desert, of spiritual refinement, challenges and growth, strife and sometimes of loss and failure. But this side, our portion, Hashem’s side will equip us to see His multiplication, through the knowledge of His cross, His eternal sacrifice (Ephesians 4:13) for our redemption.

Accepting to throw in the net (on the other side of the boat) means that we are going to give up our understanding and knowledge, to surrender to His ways. He is going to use His fishing line with His weight toward the direction of His countenance upon us to receive His blessings and forgiveness.

If today, before Rosh Hashanah, you have not found your fishing line/net (your way back home, back to Hashem) to see His glory in your life, please contact us. We will help you to find it, delivering from any knots your fishing line might have, enabling you to use His weight (His Torah) to go back Home, returning to Hashem, to fish again with Him on your side and see the multiplication of His blessings in your life and the lives of those you love. Amen