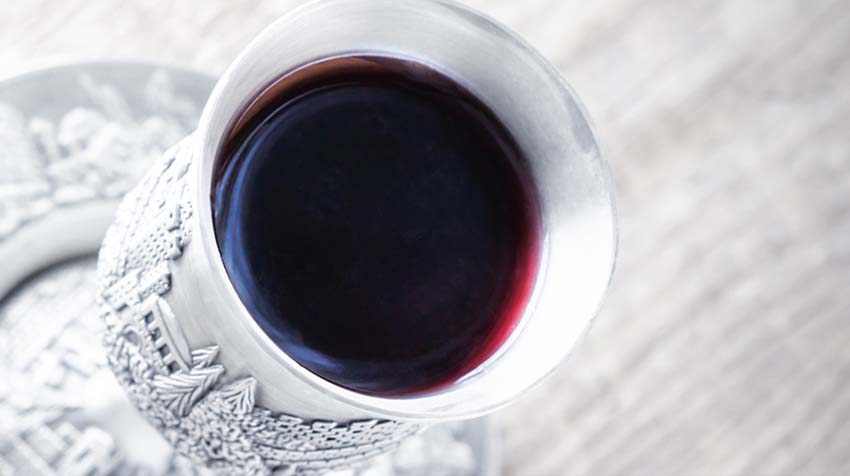 The Cup of Redemption

When we choose to follow Yeshua and be in covenant with Him, becoming His Bride, we too are offered gifts, authority and must drink The Cup of Redemption.

Ahasuerus and Esther’s minds were spinning, the price was set, the Ketubah, the covenant contractual agreement was signed. This was indeed a life-changing event.

Ahasuerus looked at Esther, she is so beautiful, so pure, joy fills every part of her being, Yes! She is worth the price I must pay. But four years, that is almost a quarter of my life thus far. Will she be able to wait that long? Will she consider ME worth the wait; is this covenant worth setting herself apart from all others? The Rabbi interrupted his thoughts, ”does the Bridegroom have any gifts to offer the bride?”

Ahasuerus had the traditional coins to offer Esther and a ring for her to wear as a token of his faithfulness; another sign they were betrothed but wait, he would be gone so long, what if she needed something her father could not provide? Esther’s disability kept her from going into the fields to work. What if something happened to her mishpacha (family) in those four years?

Ahasuerus looked at the Rabbi, “yes, I have the ring and the coins”. He handed them to the Rabbi who declared Esther and Ahasuerus to now be “Kiddushin”, and offered up a prayer over them declaring them sanctified, set apart to each other. Then Ahasuerus said the traditional words of a Bridegroom, I go away to prepare a place for you

“Esther I will be away for many years, I go now to prepare for our life together. I will prepare a room for you in my father’s house that we may enjoy our wedding week. I will come again and take you back to my father’s house with me so we will be together forever.”

“But wait”, Ahasuerus said, “there is more” Ahasuerus looked so deeply into Esther’s eyes she blushed. “I’ve left you with my maid to comfort and counsel you. I’ve made promises to your father for the price of the bride. I’ve given you a ring to show others we are set apart for each other. But I want to be sure you are taken care of while I am away.”

Hushed silence fell over the room, this was unheard of! Family and friends leaned in to hear what Ahasuerus would say next.

“My father is a very successful man. He has given me authority over all his business and all his assets. With this special ring I am able to access anything that belongs to my father.

Because I love you and want to be sure you are taken care of, my father has given me permission to transfer this authority to you as well.” murmurs filled the room.

Ahasuerus handed Esther a heavy piece of paper. “Here is a document, sealed by my ring, signed by my father and by the helper we are leaving with you, Ruach. Anything you need Esther, ANYTHING, is available to you with this document. I am giving you the full authority of a wife now; you don’t have to wait until our marriage is complete. Use this authority, it is yours, no one can take it from you.”

For a moment shocked whispers filled the room as the guests commented among themselves at this unusual union. “She is well-loved”, “does she deserve such treatment?” “why would a crippled girl receive such a blessing?”

The Rabbi Spoke: “It is time for the ‘Cup of Redemption’.” This was the final -YES- from both Ahasuerus and Esther.

The Cup of Redemption

The cup Ahasuerus and his father purchased from the village silversmith stood on a table between Ahasuerus and Esther. The silver cup was so beautiful it took Esther’s breath away. It was etched with Pomegranates, signifying righteousness, prosperity and the fruitful love between a husband and wife.

The groom’s father first offered the cup to Ahasuerus. This was Ahasuerus’s time to consider the price he must pay for this bride. It is a costly sacrifice to work hard, to provide everything she needs, to be sure she is clothed and fed and her needs are above his own, to love her as his own body.

Ahasuerus must carefully consider this price. He looks at his father, whom he trusts. “Father knows the depth of this sacrifice, in fact, he offered Esther full access to his wealth and resources; therefore she must be worth it.” and Ahasuerus drank of the “Cup of Redemption”.

It was now time for the final “yes” from Esther. If she picked up the cup and drank from it the marriage was in force. If she changed her mind, and refused the cup there would be no covenant marriage. Ahasuerus held his breath, ”would she drink of the cup?”

This was a time of serious contemplation for Esther. She heard the conditions and promises of the marriage covenant contract. The “price of the bride” was set. Esther looked at the amazing gifts, the ring and the cup, the maid Ruach and the document giving Esther full access and authority to Ahasuerus’s family resources. It was so much. Could she uphold her end of the Ketubah; to be completely set apart and wait, for years, for Ahasuerus’s return?

“Did she really want to enter into this life-time relationship and leave her old life behind?” While her father had made the negotiations and the contract for her marriage, the decision was completely hers. This was her time to say no if she could not fully commit to Ahasuerus.

If she drank of the cup without giving heavy consideration to these things; if she drank hastily she could face a lifetime of regret. There was much more to consider than the looks, personality and character of a boy she grew up with and liked very much. She could not make this decision based on the social and family pressure of this covenant ceremony. Esther looked at her father. He was fully aware of what kind of family she would be living with. He examined the Ketubah and approved it.

Yes, Esther trusted her father had her best interests at heart when he made the agreement with Ahasuerus’s father. Yes, she trusted Ahasuerus was true in his promises and would make good on them. Yes Esther new she could keep herself set apart for this wonderful kind young man.

Yes,  Esther took the cup and drank. Ahasuerus breathed a sigh of relief. At the ages of 13 and 15 Ahasuerus and Esther were declared husband and wife.

The Decision of Honor

When we choose to follow Yeshua and be in covenant with Him, becoming His Bride, we too are offered gifts, authority and must drink The Cup of Redemption.

The most Important Consideration in the contract was the price the bridegroom was willing to pay. It was costly and he would pay dearly. His father offering him the Cup of Redemption was the last time he could back out of this contract.

Yeshua also considered the price he would pay for His bride. After the last supper with his disciples, Yeshua took them to the garden to pray. In Matthew 6:37-39 Yeshua told his talmidim (disciples) in verse 38: “My soul is overwhelmed with sorrow to the point of death, stay here and keep watch with me.” Then in v 39 He referred to The Cup of Redemption; “My Father if it is possible, may this cup be taken from me. Yet not as I will, but as you will.”

The Cup of Redemption: Drinking from the cup signified the Groom’s willingness to pay “the price of the bride” and the Bride’s willingness to enter the marriage and accept the terms of The Covenant contract.

In 1 Corinthians 11:34 Rabbi Shaul (the Apostle Paul) gives direction for taking what we call communion, another Cup of Redemption, our accepting the sacrifice Yeshua paid for our sin. He warns in v27 “whoever eats the bread or drinks the cup of the Lord in an unworthy manner will be guilty of sinning against the body and the blood of The Lord. v 30 continues “that is why many among you are weak and sick and a number of you have fallen asleep.”

Every time we take communion we are once again drinking “The Cup of Redemption”. We are saying Yes! I am the Bride of Moshiach Yeshua. I keep myself only for him, forsaking all others. I Honor Him with my body and my spirit for they belong to him. He “paid the price” for me. If we take it casually or with a divided heart it is the same as entering into a marriage when our heart belongs to another.

Understanding the depth of The Cup of Redemption has made a huge difference in the way I take the Lord Supper (Aruchat Adonai). I must admit I have casually taken communion many times, but no more. I use that time to acknowledge  Moshiach Yeshua as my covenant partner. I confess my sins and weakness and ask Him to search my heart and forgive my sin and remove the division, the unfaithfulness, the idols in my life. I thank Him for the stripes he took on His back for my healing and receive His healing power in my life and my body. I thank Him for His blood that removes my sin as far as the East is from the West. In His Name, Amen.

I determine in my heart to never take the Lord Supper (Aruchat Adonai), The Cup of Redemption lightly again. It is my time to once again say YES! to my bridegroom, Moshiach Yeshua.

Please write to us and give us your comments on the Day 3. Make Questions on Today’s Topic and Find answer through our Daily Torah Meditation Day 3 on our website page.

About the Author: Dr. Gavriela Frye, Messianic Jewish Rebbetzin and Founder of Village of Hope & Justice Ministry (Nonprofit). She is a Licensed Professional Architect and Project Manager, Step Aerobics Studio Instructor. She uses her skills for Hashem's Glory in the Redemption Plan of Hashem for Israel and the nations in Moshiach's Name. She is also a Licensed Professional Counselor and a Licensed Certified Teacher (K-12).

She is passionate follower of Moshiach Yeshua with a heart to walk fully in Covenant with Him. As Founder of Machaseh shel Tikvah (Shelter of Hope) Gavriela’s heart is to teach Hashem (G-d)'s people impact their mishpachot and nations to “Be Nourished” as opposed to dieting or trying different life strategies. We nourish our bodies with Hashem (G-d) Made Food (Glorious Food), our Souls with Hashem (G-d)-Made Relationships and our Spirits with the Torah (Word of G-d) and Tefilah (Prayer).